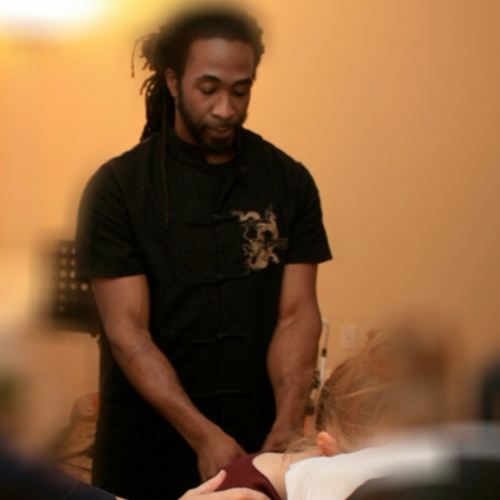 Learn More About Me

Robert Bradley LA.c, LMBT, BA Robert has 15 years of experience in Traditional Chinese Medicine. After graduating from UNC Chapel Hill, Robert went in search of a real Tai Chi & Qigong Master who knew the internal aspects of the art built on the foundations of Traditional Chinese Medicine. Although he ended up studying with several teachers, he ultimately became a disciple of Grand Master David Chin and the Sin Tien Wu Qi Qi Gong system. He later graduated from Blue Cliff College Metarie, eventually becoming faculty, and began a career in massage, specializing in sports massage: rehab, recovery, and prevention. It was during this time that he developed his own techniques that were proven to eliminate pain and discomfort from structural and postural dysfunction or acute and chronic soft tissue injury for both the athlete and non-athlete alike. He later graduated from the Jung Tao School of Classical Chinese Medicine’s 4-year practitioner program finally earning an Acupuncture license. He believes the mind-body is a complex interface that can be guided toward balance with appropriate nutrition, herbal stimulation, physical touch, and movement. Visit Hands & Needles Website: https://handsneedle.com